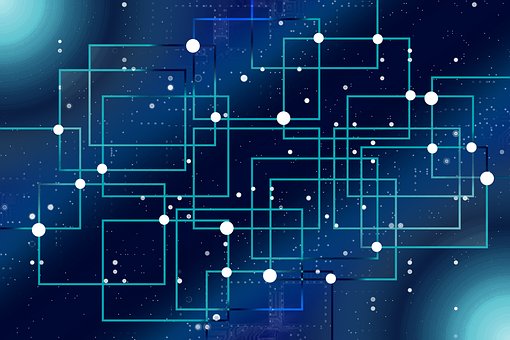 One of the biggest vehicles driving the development of new technologies are standard development organizations, or SDOs. Many of these groups are considered to be “open.”What does this mean?An open standard is one that is readily available to the public and allows for adoption from any user for a variety of applications and end-uses. In brief, an open standard allows the technology to stay open and available for mass use.This differs from a “corporate” or “de-facto” standard that may employ closed technologies only accessible to a select group.

While open standards offer many benefits, there are also many challenges in getting them off the ground. As would be expected, participation is crucial. Often, this involves much more than just attending and observing a meeting. Active participation from various industry leaders is essential. Without active participation and contributions from the workgroup, the benefits of being open are lost and progress can grind to a halt.This article will briefly discuss some of the challenges facing SDOs today and how they are overcome, not just in the embedded realm but throughout technology.

Challenge one: Not a member of an SDO

While perhaps more obvious than some of the other challenges facing standard development, non-membership is one of the most common. Often, this can create insurmountable obstacles for participation, collaboration, and ultimate completion of specifications.

Due to bylaws and potential non-disclosure agreements, nonmembers often are denied access to documentation as well as voting rights.This can cause frustration because an organization or individual may have valid points beneficial to the group. However, their voices can easily get lost in the crowd, and beneficial concepts can be lost.

The solution to this challenge is simple; join the standard organization in question. Often, these consortiums will offer a variety of membership tiers to fit a company budget and degree of participation. Even with associate-level memberships, companies are often able to gain access to important documentation, participate in group discussions, as well as have voting rights. All of these are essential in standard development.

Another challenge that often plagues organizations is late participation. At times, this is due to conflicting schedules and different interests during the time of development. Further complicating matters, late participation often arises from nonmembers who have limited ability to participate in an actively, timely manner.

Within certain organizations like VITA, many comments regarding finalization of a spec may arrive during the American National Standards Institute vetting process. While the concerns of these individuals or companies may be valid, the results may not prove ideal. Often, these concerns reset the vetting process and cause a significant turnaround. One standard that we had worked on was delayed over six months due to late participation causing considerable frustration.

Getting involved early proves to be the best remedy to this problem. By being an active member of the organization and participating in the initial workgroup efforts, you ensure your position in the group. This can result not only in the interests of the community being represented early on but also supporting the interests of your company or industry.

Let’s say challenges one and two have been bypassed, and efforts to write a specification are underway. It’s no secret that teamwork is essential to keep the process moving forward.However, building a dedicated team may present a challenge.

For group success, it is beneficial to look to groups with solid teams. Standards such as IEEE, PCI – Special Interest Group (PCI-SIG), Gen-Z, and Sensor Open Systems Architecture (SOSA) all feature dedicated teams. These groups feature driven and dedicated members that have been present since the group’s beginning. It is also helpful to have a group with a varied background. For example, in the embedded market, a standard development ground could benefit from the experience of system designers, electrical and mechanical engineers, as well as connector manufacturers. This facilitates a more well-rounded approach to new standards and technologies. It is also helpful to involve marketing and sales expertise as needed to rate the marketability of such a specification.

Try as we may, some communities may not be interested in the proposed specification. Others may want to see changes but don’t have the bandwidth to support the effort. If this is the case, it can lead to lack of balance in existing standards or eventual shutdown.

In these types of situations, community chairmen or officers may need to step in and draw a line. Often, these pitfalls can be avoided utilizing tools such as ballots to gauge the interest of the community. Determining proper allocation of resources prior to opening a working group avoids delegating all the development on one company or individual.

A final challenge that we will discuss could be potentially positive or negative depending on the outcome. Internal conflict is a natural part of standard development. In many cases, competitors of the same industry may be working on the specification together while trying to represent the interest of their companies. On other occasions, active members may not be able to “standardize.” This could mean not coming to a collective consensus or limit the scope of the specification in question.

Without quorum, progressive standards can often become derailed or stuck in an endless cycle. To resolve this issue, difficult decisions may need to be made by those leading the group efforts. Different manners of conflict resolution can be employed such as comment resolutions, necessary meetings, and leverage of the community-at-large. These may result in decisions that the entire group may not be satisfied with. However, these may need to be made for the good of progress and the community. Often, these changes can be ratified at a later time.

It’s true, no standard development will be flawless. The majority of the time, members may run into all five of the issues, maybe even more depending on the circumstances. However, it is of importance to realize the benefit of open standards in today’s embedded market. The value of being open and fast-tracking developments can only work with active participation of all members. More often than not, the benefits of driving these groups to completion far outweigh both the time and resources demanded. This results not only in new technologies for the industry but the benefits of representing the interests of your company within a wide variety of specifications. The future of open standards is now, but only through active participation.

Dylan Lang is Standards Manager at Samtec and the treasurer of the PICMG organization. Dylan is actively involved in the VITA, PC/104, PICMG, PCIe, CoaXPress, and COBO standards families. In addition, he produces written works, documentation, and digital media and implements marketing strategies and training for diverse standards applications, interconnect developments, and products.